Future Tech: Seven Innovations That Will Change Your Life 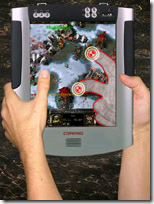 Lucid Touch is an interface featuring backside touch. Although the concept has been suggested by many UI researchers, Lucid Touch differentiates itself from others by adopting a pseudo-transparent display. So, users can see their fingers through the screen.

What touch technology is needed to commercialize Lucid Touch? Technical specifications might consist of two parts. One is a transparent display and the other is double-sided touch panels. So, the final product would be a transparent double-sided multitouch screen. 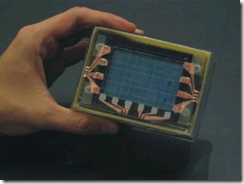 Graspable is originally known as Bar of Soap, which is a prototype handheld device that knows how you hold the device and adapt its functions accordingly.

As shown in the figure below, if you hold it like a phone, then it works as a phone. If you grab it like a camera, then it becomes a camera.

For touch industry, it envisons an era that touch is not just confined within a fixed area. The whole surfaces of the device are touch sensitive. In the future, there will be new type of suppliers who provide touch sensitive housings.

The 256-Processor Laptop and The Morphing Mobile Gadget 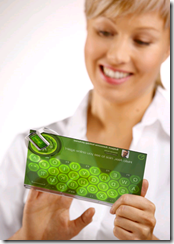 Although those two fall into different technologies, their requirements for touch technologies are almost same - flexible touch screens.

Now, do you catch some idea to improve your products?