EE Times Europe reports that Sony patents a "tactile pixel" touchscreen paten. This patent application (US20080150911, Hand-held device with touchscreen and digital tactile pixels) was filed January 21, 2008 and was just published June 26, 2008. The patent describes an array of tactile pixels (104) configured on the perimeter of the touchscreen (102). 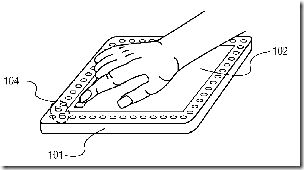 Based on the configuration, the tactile pixels are turned on an off according to users' touch gestures. In another embodiment, the patent says that a user's tilting action also produces tactile feedback (See figure below)

More interestingly, it also proposes a touchscreen with embedded tactile pixels. However, authors do not illustrate detailed implementation method. 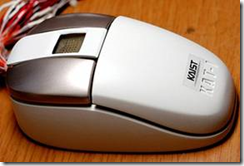