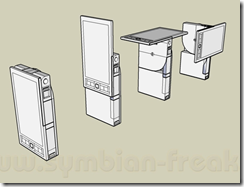 There have been so many concept phones over there. Nokia N-XT could be devaluated just as another concept phone. However, I think it reveals possibliyt of making a new touch user interface. First, let us browse its hardware specifications.

Further, with the attached touch screen, you can select a specific object (building) and google it. So, the final image would be such like the figure below - a true mobile search without keyboard (with touch) 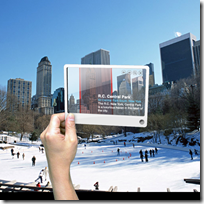 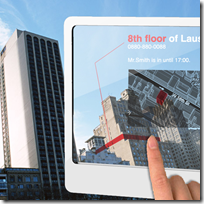