Multi-touch... Are you sure? 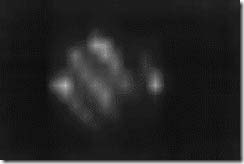 Today, I read an Engadget post about another multi-touch enabled gadget. I don't want blame the concept but should point out that many people are confused when they are saying multi-touch. The Panasonic remote controller, at a first glance, doesn't have multi-touch sensor. It just has two touch pads in serial to emulate multi-touch zoom in/out gestures.

Actually, the term multi-touch now has two different meanings: 1) a system that detects multiple contact or pressure points simultaneously, and 2) a system that classifies gestures with two or more fingers (such as two finger pinching and rotation). Apple iPhone and MS Surface definitely have sensing systems to detect multiple touch points simultaneously. However, many other touch companies and gadgets, reportedly having multi-touch, just add software codes to classify more gesture inputs with standard single touch sensors.

As far as I know, only Cypress clearly defines differences between multi-touch sensors and multi-touch gestures in their TrueTouch solution page.