Mitsubishi Electric Corp prototyped a capacitive touch panel that can detect the distance between a finger and the panel and demonstrated it at Interaction 2009, which took place from March 5 to 6, 2009, in Tokyo.

As expected, Mitsubishi is not the first one on this kind of technology: 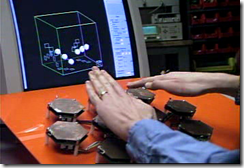 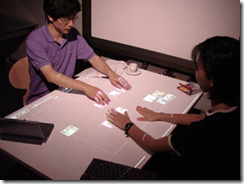 Nevermind, these are pretty much all the links I've learned about recently :) Great compilation!