Multi-touch has been a hot issue for touch UI field since the iPhone’s surprising debut at MacWorld 2007. At first, multi-touch is enough to differentiate electronic products. But now, many ideas come from various people and fields to improve the usability of touch UIs, and realistic interaction seems to be one of them.

The following video is a demonstration of a physics engine combined with multi-touch display. 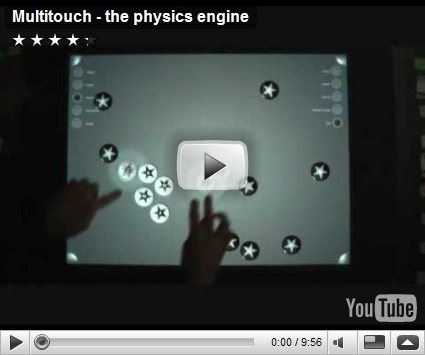 Physics engine is not just for entertainment or demo applications. BumpTop is a 3D desktop utility combining pen touch and a physic engine. 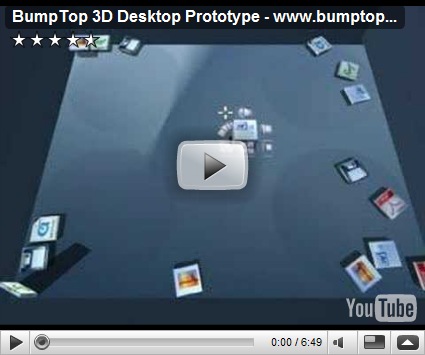 The final video is a game play with MS Surface. I’m not sure how I categorize it – a mixed reality natural touch user interface?