Here are some of my favorites from CHI 2009 Video Showcase.

Remote impact: shadowboxing over a distance 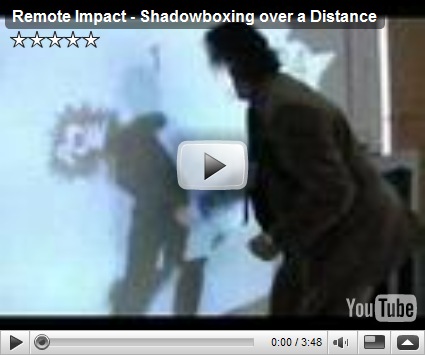 Remote impact: shadowboxing over a distance

Exertion games - games that require physical effort from the user - have been attributed with many social, mental and in particular physical health benefits. However, research has shown that most current implementations support only light or moderate exercise. We are presenting "Remote Impact - Shadowboxing over a Distance", in which players punch and kick a life-size shadow of a remote participant in order to win the game. The game includes a novel multi-touch large-scale interaction surface that is soft (so no-one gets hurt), but can detect the location as well as the intensity of the players' even most extreme impacts. Remote Impact shows that computer-augmented games can support extreme exertion while supporting novel experiences, such as a reduced risk of injury and supporting distant players, offering a new way of thinking in which areas Human-Computer Interaction research can contribute to our lives. 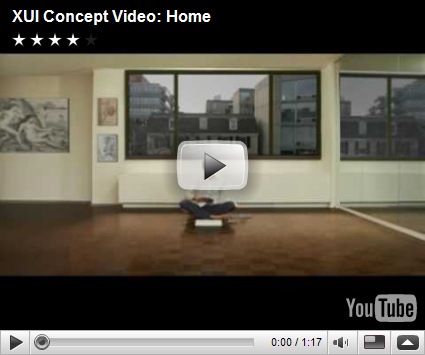 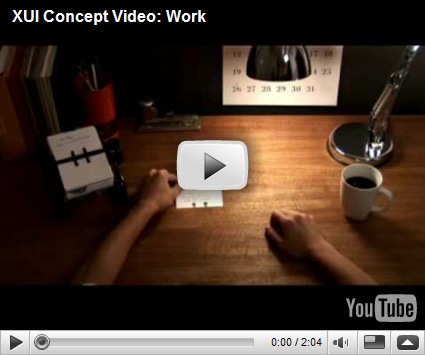 The first two segments of a three part series, these shorts were developed for Microsoft Volume Studios. Designed as purely inspirational pieces, to explore in a poetic narrative way how certain developing technologies could begin to blend and augment our daily lives. 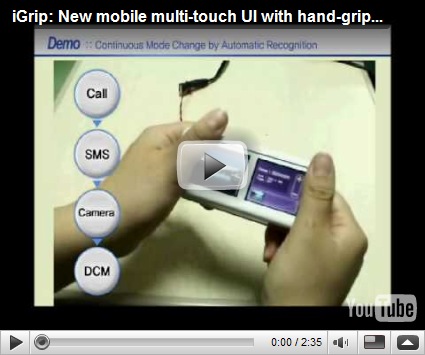 Today, mobile phones are no longer devices supporting only voice communications. Many people use their mobile phones as multimedia players, cameras, messaging systems, etc. Therefore, it is required to design a user interface that improves the usability of multi-functional mobile phones. For this purpose, we proposed a novel user interface that utilizes touch sensing technology to support multi-functional devices. The proposed user interface is based on the assumption that the device can detect how a user holds the device. By analyzing the user's grip-pattern, the device recognizes the user's intention and adjusts itself to meet the specific needs of the user such as accessing an application. The concept of the user interface is presented through several use-case scenarios. In addition, the technical feasibility of the proposed interface is validated by implementing a working prototype system.

Pulp-based computing: a framework for building computers out of paper 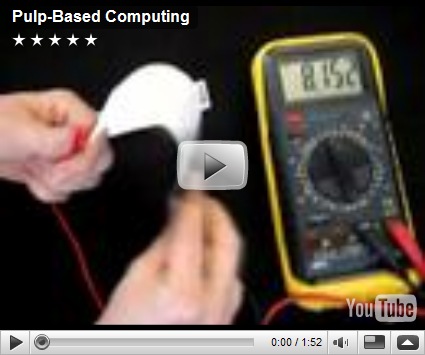 Pulp-based computing: a framework for building computers out of paper

In this video, we describe a series of techniques for building sensors, actuators and circuit boards that behave, look, and feel like paper. By embedding electro-active inks, conductive threads and smart materials directly into paper during the papermaking process, we have developed seamless composites that are capable of supporting new and unexpected application domains in ubiquitous and pervasive computing at affordable costs.