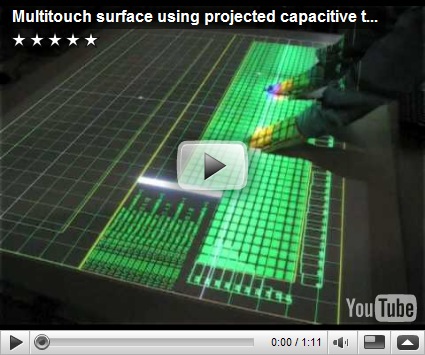 The big difference between those two is the sensor material. In the projective capacitive sensing, a mesh of electrodes acts as a touch sensor. SmartSkin uses copper electrode, while the one shown above utilizes ViP Interactive Foil.

At this time, only thing I know is that it is flexible, transparent and provided by Viual Planet.

I should check it out later.