First Else Phone Poised For a Grand Entry

Labels: HCI, touch user interface, Videos
It has been some time now since we have all been used to the iPhone touch screen interface. An inevitable evolution beckons a new type of interface which arrives in the form of the First Else phone. The unveiling of this phone occurred at a London event which is expected to have an official release sometime in the second quarter of next year. It is quite different from the touchscreen phones which we use today. It has a 3.5 inch display based on the Access Linux Platform operating system, better known as the Else Intuition OS. It provides a welcome change from the usual touch interface that we have in the phones of today.

The First Else phone fits snugly into the palm of your hand and in fact, just one hand is all you need to manipulate the settings. The polished and intuitive interface has a radial menu towards the right side of the display. A single press of the thumb will open up the menu which you can then navigate by moving up and down. If you want to select the sub menus then all you have to do is push along the surface and away from the edge with your thumb to access the desired section. A single swipe of the thumb will help you to browse the selections. The “sPlay” interface makes good use of the responsiveness of the phone.

The capacitive touchscreen display has an 854 x 480m pixel resolution and the phone itself uses a 1450mAh battery. This is enough to last you several hours of usage. The storage is also quite impressive placed at 32 GB. Although the manufacturers are still quite tight lipped about the complete list of features and specifications, yet it is being discussed that the device has HSDPA and Edge connectivity. No particulars are forthcoming about the place of launch but it is quite clear that we have a clear winner on our hands. It is definitely poised to provide stiff competition to the phones of today.

You can experience a live flash demo at Else Mobile. Here are a few video clips of Emblaze First Else. More screen shots are at Behance Network (via @kickerstudio). 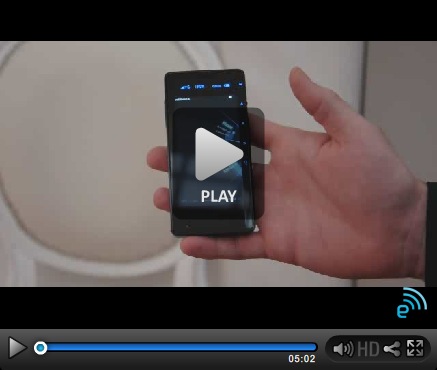 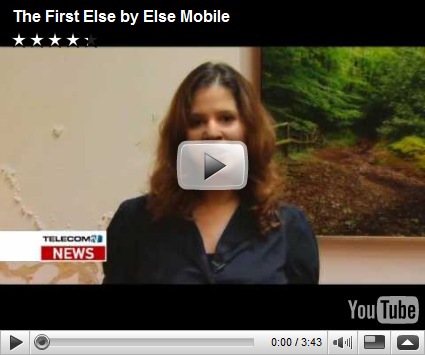 The First Else by Else Mobile 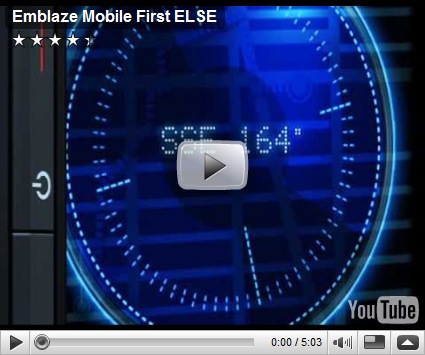 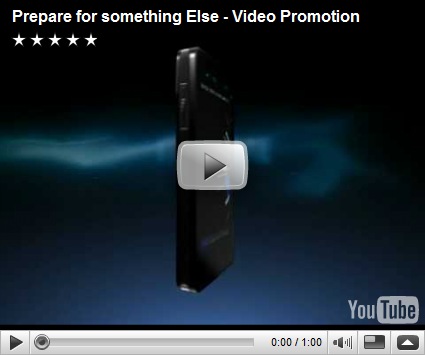 Prepare for something Else - Video Promotion

Source: ELSE Mobile via Engadget , Softpedia, SFGate, and techchee

Overall, this device is talking about one-handed touch interaction. Yes, this issue has been a little ignored after the success of iPhone that seemingly ignores the dogma of one-handed interaction

Most people are talking about its radial menu. The radial menu layout is a natural selection if you want to control handhelds with a thumb. 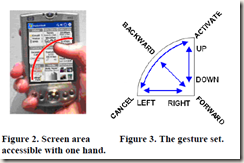 [1]    A. K. Karlson, B. B. Bederson, and J. SanGiovanni, “AppLens and launchTile: two designs for one-handed thumb use on small devices,” in Proceedings of the SIGCHI conference on Human factors in computing systems, Portland, Oregon, USA, 2005.

Besides the radial menu, what I really like is that First Else uses the bezel area as a control surface.

Not so surprisingly,  Apple has a patent that details the usage of the bezel as a touch surface. The title is very descriptive: Electronic Device Having Display and Surrounding Touch Sensitive Bezel for User Interface and Control (US20060238517). 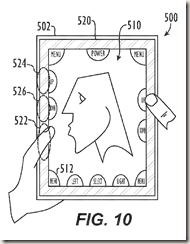