People are now familiar and even like multi touch and it’s time to think about what would be a next multi touch. One good way to getting an answer is to study HCI-related research works from SIGCHI, mobile CHI, IEEE tabletop conference, etc.

Among many cool touch UI research works, this post introduces an intriguing article entitled “New mobile UI with hand-grip recognition” found at SIGCHI2009 Video showcase [1]. Unlike other multi touch interaction techniques, it takes a different way of applying multi touch technologies. The paper says the device recognizes how users hold a device to infer and provide what they want to do with it. 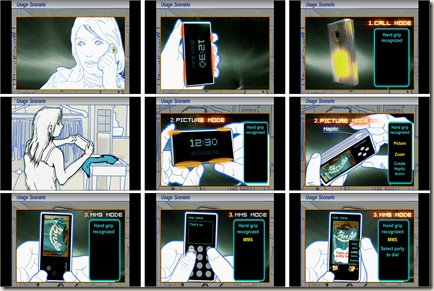 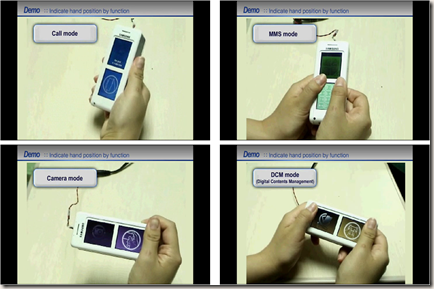 After googling, more detailed versions of the work were found [2-4]. Figure below illustrates the motivation, interaction concept, and technologies behind the work. 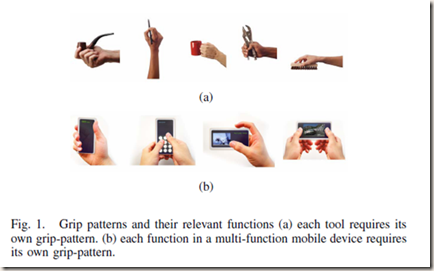 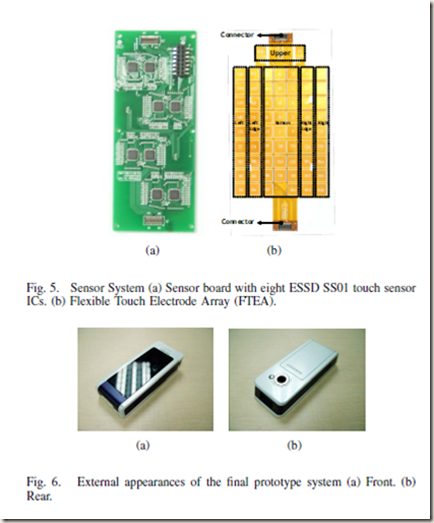 Of course, there are also many relevant research works. Graspable [5] and HandSense [6] are most similar works. Back-of-device interaction [7, 8], double-side interaction [9], sphere and curved interaction [10-13] are worthwhile to study.