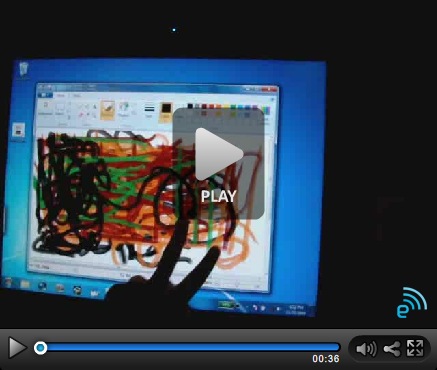 Touchscreen technology has been widely used in many computing devices and has turned out to be hugely popular. The concept of getting applications open with just a finger touch appeals to everyone and the easier operation without having to click the mouse of press buttons yet carrying out regular tasks has its own charm. To mark the growth in touchscreen technology Wacom has now unveiled the multi-touch display. A technology still in its prototype stage, it can recognize multiple touches. While you operated on the touchscreens with just one finger, now you can use it like a key pad that converts your touch command and carries out functions.

Wacom showcased a 21 inches display prototype was unveiled at the much respected Interactive Tabletops and Surfaces 2009. Among the number of demonstrations, the product that captured much interest was the multi-touch tablet display. For the tablet display, Cintiq, the multi-touch sensor has been prepared with a black tape mount. Its catalog specification comes as 100 frames calculated per minute, as the image is drawn, is pretty good.

This multi touch tablet display is in a prototype stage and still may take some time to be launched as an independent screen. For the present, its black-tape mounted look doesn’t give a very stylish appeal. The demonstration revolved round using paint brushing the screen to show how all the ten fingers carried out the task at the same time. This prototype was taken very well at the ITS 2009. 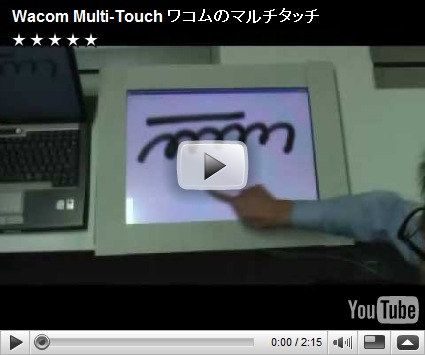