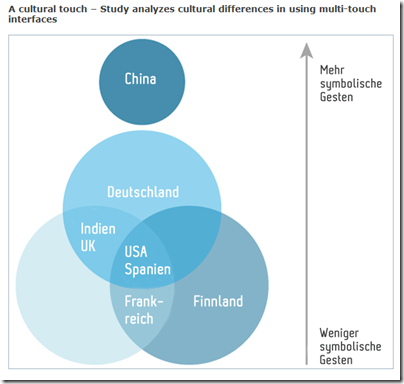 “Around the globe, users use the same gestures to operate multi-touch interfaces - as confirmed by a study of the International Usability Partners (IUP). The international network interviewed 340 participants in nine countries wanted to find out about cultural differences in operating multi-touch interfaces. Another result of the study: a gesture set, recommending intuitive gestures for 28 actions to support designers in interface design.”